This follows from The Colonel (part 5) 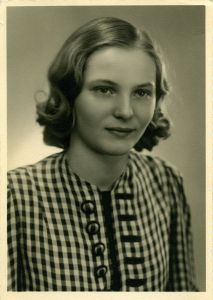 Henry awoke feeling stiff and cold. The fire was just grey embers and there was a red heart of a dying log that waited for a kick that would spread sparks into a life of flame again. He was thinking of India, the early mist breaking over the hills only to be burnt off by the rising warmth, the purple heather alive with the chanting of tea pickers wending their way to the plantations and the screeching of monkeys stealing into his garden to snatch flowers only to be chased off by his servants.

A weak sun tried to pierce the gloom of the drawing room pushing shafts of light sparkling with dust, dancing over the equally dusty side tables. He wiped his eyes and straightened himself as much he could and negotiated his way upstairs. This was a new experience, a long way from his bungalow mornings in Simla, but some things would never change. Aga Jhan was already up and in arranging matters had laid out his clothes. He put a pen into his breast pocket, straightened his tie and went to the dining room. Miss Simms had laid out a meager fare of cold toast, a pot of lukewarm tea and some dark looking jam.

On the table was a pile of letters though he was in no mood to start on them. How Maud would have loved this he thought, a woman of the Hall, his Hall. His eyes misted, she had been the last woman he had made love to, apart from a few fumbled nights with a Punjabi woman in the native quarter that meant little except for the guilt and feeling of betrayal.

Over the next weeks Hestercombe Hall started to come alive. The late spring allowed for once long-closed windows to be opened, spiders and bugs swept from the sash cords and rugs beaten throwing clouds into the air. The garden needed attention so a gardener was hired whose name no-one knew. He was an older man, fond of moving stones from the new kitchen garden from one side to the other, making imaginary gun emplacements or so it looked like. He recognised Henry’s military bearing and worked to a timetable of his own making. The grass lawn was pock-marked with mole-hills and dandelions, not that it bothered Henry. In the evenings on the terrace he watched rabbits and wished for a dog to keep him company. Most nights he finished the with a peg or two of whiskey and a cheroot.

The highlight of his day was Diana arriving, her car swerving around the pot holes on the drive like a mogul ski run and with always too much brake stopping in a shower of stones at the front door. He often looked out of the window as she stepped out of the car, her pointed shoes feeling the ground. Her skirts were always a modest length, stockings neat and never laddered. She had decided that Henry was hers to help as the teaching job had not materialised. Henry had tried to ask about paying her but she brushed any talk like that aside and busied herself with overdue bills, papers and the arrangements for Miss Simms. They often had lunch together giggling for what might be served. Henry felt he was growing closer to her and used every excuse to sit in the study with her, watching as she deftly thumbed through the invoices and matters that now he allowed her to run.

‘Now Colonel,’ she would often start, teasing him without calling him Henry. He liked that and it was clear she too was becoming coy, her eyes bright and her red lipsticked lips often puckered into a girly smile. It gave have her purpose she once said and that was that. She took her cigarette outside at the same time each day, always after lunch and together they would discuss plans.

Aga Jhan had made his routine and was able to take the bus to Killinghall for the shopping, sitting pinched tight between bustling ladies tightly clutching wicker baskets to ample bosoms. He was soon was accepted as the ‘Colonel’s Man’ and he stared and marveled at the countryside as the bus ambled through the lanes, hooting at bicycles and horses. He put his bartering skills to good use often returning with fresh rabbits or a special vegetable that he never knew. He and Miss Simms had decided on a truce over the cooking that was either a fierce curry or a brown bland thick soup and even blander chicken.

‘Now Colonel,’ Diana said one morning knowing that was pretending to look at the newspaper but actually he was glancing at her crossed legs under the desk, ‘I think or rather perhaps you, well you might consider getting out, perhaps a party, or a fete?’

‘What a splendid idea’ he said, ‘splendid, yes please do some planning. Who would come, would they want to, after all Aunt Ruth never entertained?’

He had rather shut himself away still aware that his dark complexion had caused talk in the Red Rose public house after the one time he had looked into the smokey saloon bar to try a beer. But this was a plan he liked, yes he would put on a good show, church fete perhaps or dinner, his mind was full of ideas. Walking over to the french windows, his hand brushed Diana’s shoulder and he felt her warm skin.

As if it was normal he whispered, ‘what would I do without you?’