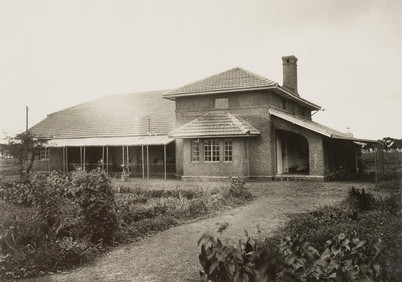 It was barely dawn when the drink-tired Colonel awoke. It must have been the wind he thought. Through the trees, he heard it gathering strength and then rushing like a torrent past the dry jacaranda leaves that were barely clinging to hard branches. The wind would herald the start of the monsoon season. He could almost smell the coming rains that would soon drench the dry and cracked earth, forcing the water to pour down the hillsides in deep brown courses. Everyone longed for the ‘rainy’ as they called it, breaking the monstrous heat and encouraging green life to return to the hills, now long since parched.

The morning light started to filter through the slatted windows but with dark skies hiding any sun he could barely see the room. Suddenly the clouds began to crackle with thunder and a sheet of lightning illuminated the furniture and threw shadows across his bedroom.

His bungalow, befitting a bachelor, was sparing in the extreme with locally made furniture and hung with faded pictures of Kentish hunting scenes that he would have never seen and hunting trophies from his earlier days as a subaltern on the Frontier. His polo sticks were crossed above the door and a dusty medal case from his Army service perched on a full and paper billowed desk. A photograph of a young girl who looked shyly from the sepia coloured frame that balanced precariously on diaries and bills. She was wearing a formal bonnet but it was seductive in its simplicity and shielded her eyes as she squinted into a dull light.

He just could not sleep as so much was on his mind and in moving uncomfortably over and over in his damp sheets from that hot stinking night his thoughts returned once again to the letter he had received from London.

He knew that this was to be his final post in India and retirement. Partition of the whole of India had happened, horribly disfiguring the country he had loved and he had served as a Colonial Officer close to the Naga Hills after the war with all sides of the debate.  He had seen carnage and blood-letting,  and he was largely unmoved anymore by suffering.

Pulling himself up and adjusting the pillow he turned on the small lamp by his bed. The bulb fizzed with dead moths that had perished and stuck in the night and the shade with burnt yellow stains barely shielded his eyes from the bright glare. He reached for the letter and again opened it with the same trepidation that he had felt earlier. But this news hidden in the manila enveloped letter was difficult to comprehend though not unwelcome.

He had a great-Aunt. She was a thin stick of a grey-clad creature who sucked the love and life out of any occasion as a disagreeable spinster in North Yorkshire. She had recently died. That was the basic news. He barely knew her and although had spent the occasional Christmas at her house as a child never thought much of her in the last twenty years. Her husband had died in China and was buried in Wey Hai Wey in 1923, from the drink it was supposed. She had worn black ever since and barely smiled or spoke except on Easter when she indulged herself to asking her staff to sit and meditate on the Passion in the darkened sitting room. It was thought that as her dogs died they decayed behind the heavy curtains in the study, such was the reverence she felt to keeping that room, her husband’s favourite, in darkness.

The Colonel read the letter again. It was on stiff paper, embossed from a firm of lawyers in Harrogate, It would appear that he had been left her entire estate and an annuity for his lifetime, three very old Rolls Royce cars, the living of the village Church and certain responsibilities that yet to be explained. These he hoped would not be onerous and already his mind turned to what he could do with the damp dark shuttered-blind house. He imagined the invitations he would send out and how finally he would be home in a style that would suit him.

Yes, he would be a Squire. He would work on himself as a distant figure but with a darkened skin, sun-burnt some would say. No one would look at him and say ‘Anglo’ or make a comment about the railways. He had been so lonely after his parents had died. He had buried them many years ago in Sialkot, passed the Indian Civil Service exams, endured the stigma of being half-half and kept himself for Maud, his fiancee.

Her ship had been lost off British Aden and she was one of the 300 lost. This drove him further into his work, some drink and the war then took its toll; one leg had taken a shrapnel hit in Burma and his enforced retirement had started.

There had been so many false starts that had started with Maud, she was coming out on the ‘fishing fleet’. She had seen past his skin and he was worried that she would endure months of cold stares and obdurate thoughts. He worried that he would never have children, who would carry on the line. He had only met her once, a strained dance party in London before the War. In fact that was his only time ever in England and he kept in touch by reading month old copies of The Times at the Club, though he usually sat alone, enduring stares from pale civilians who deserved little but demanded much he thought.

Yorkshire, Harrogate, cars and now he had some money. His mind was in a turmoil, so much so that as dawn approached he felt his eyes close again and the letter slid from his fingers and glided across the floor to rest on the carpet. He would attend to all this later.

One thought on “The Colonel (part 1)” 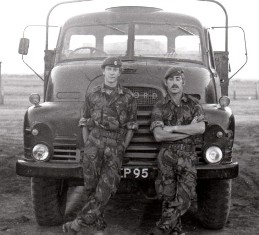